Offences committed with an air rifle or pistol or BB gun are treated as firearms offences and treated very severely. You don’t even have to fire one to get a heavy fine, jailed or in extreme cases, shot by an Armed Response Unit.

Just bringing an air gun out of the house, if you are under 18 can result in a number of charges.

The laws concerning the use of air guns by young persons are as follows:

Here’s just a few – with the penalties you could expect: 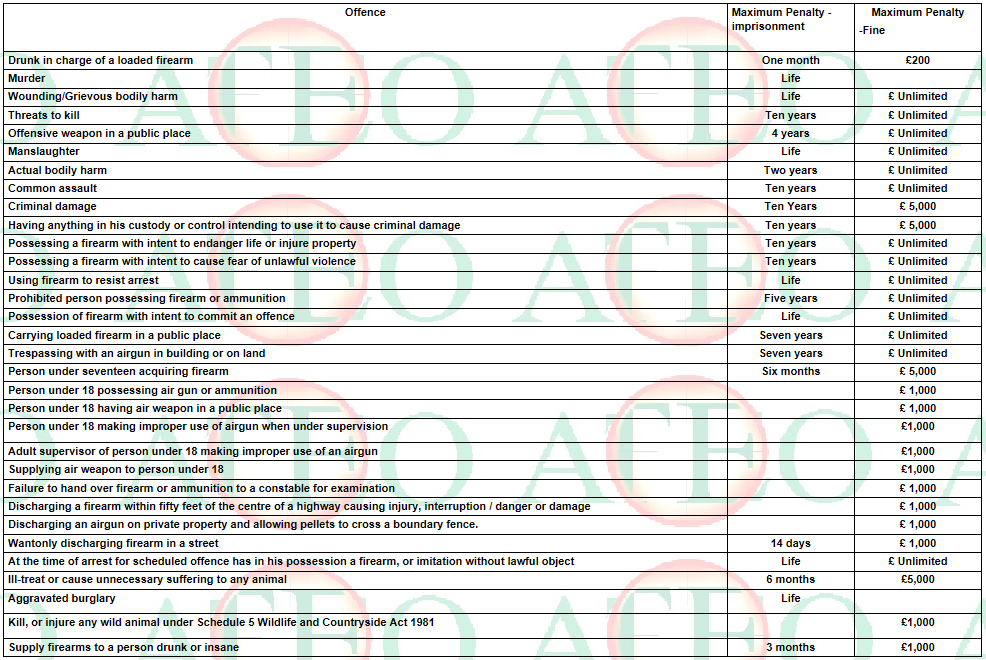 You may never have an air gun in a public place without proper reason for doing so. If you are travelling to and from a place where you have the right to shoot, the gun must be in a case as above. A gun is loaded if there is a pellet or any form of projectile in it, including an “air weapon which has a loaded magazine. This is classed as loaded even though there is no round in the breech”

It is an offence to fire an air gun within 50 feet of the centre of a public highway, if by doing so you cause any member of the public using that highway to be injured, interrupted or endangered. This applies even if you are on private property adjacent to the highway. Public highways include roads, pavements, bridle ways and public footpaths. The measurement is taken from the centre of these

If you go on to any land, including over water, and in buildings, without permission you are Trespassing. If you have an Airgun with you it is classed as Armed Trespass, which is a serious Criminal offence even if the gun is not loaded and no ammunition is carried.

There is the risk of being shot and killed by the police should you NOT obey their instructions when challenged by them?

They cannot tell if you have just a toy, a replica, an air gun or a more lethal firearm, so will treat all arms as lethal -and respond accordingly.

“Air guns” and “Air Weapons” also include things like BB pistols, and some guns that fire plastic balls or pellets. The law still applies to these. If in any doubt, DON’T take them outside the home – the penalties can be severe. A school [and its grounds] is defined as a public place.

A person in possession of an air gun should take reasonable precautions to prevent any person under the age of eighteen gaining unauthorised access to the air gun.

All enquiries please contact Dave Mills founder of the ATEO